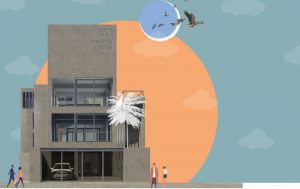 The press is currently facing a post-truth challenge where information/news is no longer based on facts to convey the truth. But rather, the truth becomes relativity, when information becomes post-truth without facts.

With the rise of hoax and post-truth, the existence of the press has become increasingly relevant in preserving common sense. Journalistic works that require accuracy and balance are the antithesis to hoaxes. Even though people still often and are accustomed to looking for information on social media, the level of trust towards mass media such as television and print is still high.

Hence, the need to care for, teach, and develop journalism has become urgent. The press of today can no longer rely on speed, delivering instant news just moments after it happens. The press also requires to produce in-depth stories that are accurate and balanced. The emergence of a number of online news media that churn out in-depth news is an indication of the public’s longing for a quality press.

Responding to the phenomenon, AJI has a calling to become one of the institutions to develop journalism in the post-truth era Promoting the spirit of “traditional” journalism while developing it to be able to address future challenges, is currently the core activities at AJI. Among them is by initiating investigative journalism collaboration through the Indonesialeaks forum and mainstreaming data journalism via jurnalismedata.id. In addition, AJI through Independent Journalism School (SJI) has developed journalistic training with specific themes such as environment, banking, human rights perspective, gender perspective, etc.

AJI realizes that developing journalism cannot be alone, it requires collaboration with many parties. Both the press parties such as the Press Council, media companies, other journalist associations, as well as institutions related to certain issues, such as the National Commission on Human Rights, Banking, NGOs, etc.

Aside from collaborating online/using technology as a medium, there is also the need to meet face-to-face, to come together and exchange ideas, opinions, and perform joint actions. Physical meeting space becomes a prerequisite. AJI Indonesia has been using the office at Jalan Kembang Raya no. 6 Central Jakarta since 2004. The building itself is more than 30 years old since it was constructed in 1988. The deteriorating building condition has forced AJI Indonesia to seek a temporary solution by renting a space at Jalan Sigura-Gura, Duren Tiga. The old office building itself will have to be demolished soon due to safety concerns.

In line with the condition of today’s press and the need to maintain constant support for journalism, AJI Indonesia aims to rebuild the secretariat office with a new concept: to dedicate a larger portion of its space to benefit the future of journalism development. To build a new office for AJI Indonesia’s organizational needs, while at the same time dedicating most of its space for the public, calling it AJI Journalism Center. 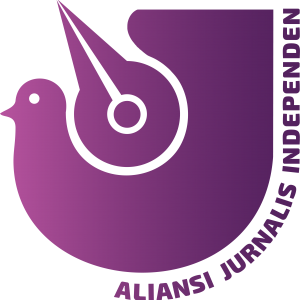